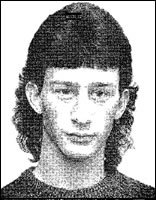 Eric Duncan admitted it to the 12 people who sat judging him: He beat his stepfather to death with a baseball bat.

He was tired of it all, Eric Duncan said.

The jury listened to Duncan’s testimony. They listened to others who witnessed the drunken 19-year-old Duncan beat to death Donald Stephen Sheffield, a mechanic and ex-truck driver. And they listened to those who knew the 41-year-old Sheffield and his violent ways.

After deliberating for four hours Friday, the jury agreed there was no crime in the Feb. 11, 1990, beating death. The jury set Duncan free.

A loud gasp from both sides of the Guilford County courtroom summed it up: The verdict caught both the defense and the prosecution by surprise.

Kimel stood by his decision to prosecute Duncan for first-degree murder.

“We would simply be manifestly derelict in our duty to not fully prosecute for someone being savagely beaten to death with a bat while he was unarmed,” Kimel said.

Afterward, Duncan didn’t want to talk about the night of killing. He’s thinking now about his future, he said. He married in December and has his own stepson now.

“I’m sorry it happened,” Duncan said. “I never meant for it to happen. It was a bad situation. Maybe now I can put all of it behind me and start over.”

In his testimony, Duncan recounted the times he had seen his stepfather drunk and violent and abusive to his mother, Brenda Sheffield. His first memory of that abuse was when he was 13, he said.

Sheffield was killed after a night of heavy drinking and tension between Duncan and his stepfather. Drunk and frustrated, Duncan wanted to fight Sheffield that night, but he finally went to sleep at a neighbor’s trailer, his neighbors testified.But Duncan got up when he heard noises from his mother’s trailer that sounded as if someone was being thrown against the wall, the neighbors testified.

“That’s my mom he’s over there beating,” he told neighbors before confronting Sheffield.

Outside the trailer, Sheffield stood with a baseball bat in his hands, making strange noises, the neighbors said. Duncan begged Sheffield to hit him, they said.

Sheffield, who had a blood alcohol content of 0.29, swung three times, missed and dropped the bat.

“Now you’re going to die,” Duncan said, according to witnesses.

Prosecutor Gwenda Priest acknowledged that Duncan had an unhappy home life, but she told jurors that was no excuse to kill his stepfather.

“He intended to kill him,” Priest said. “He wanted him dead.”

She argued that Duncan’s own words on the night Sheffield died suggested premeditated killing. That state of mind, she argued, constituted first-degree murder.

Robert O’Hale, Duncan’s lawyer, told jurors to remember that when Duncan came outside, he came empty-handed. It was Sheffield, he noted, who held a bat.

The beating, O’Hale said, arose from years of violence and abuse and alcohol that marked the home life of Eric Duncan.

“It was the horrible moment in time,” O’Hale said. “It all came out right then.”

Article published in the  Greensboro News and Record